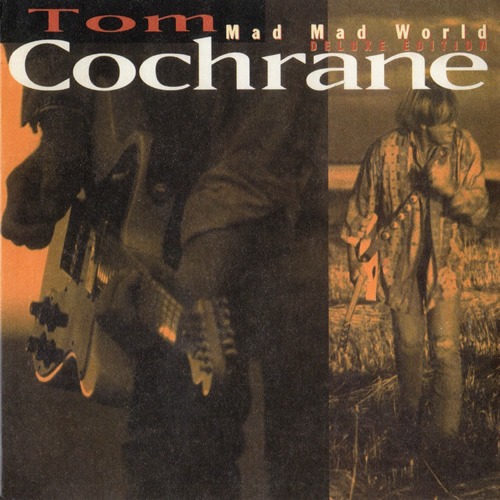 31 OCTOBER 2016 (Toronto, ON) – It’s been 25 years since the release of Tom Cochrane’s landmark album, Mad Mad World, which has its deluxe edition reissue in stores and at streaming services today via Universal Music Canada, the country’s leading music company. The remastered 2-CD set includes the previously unreleased original demo recording of Love Is A Highway, from which grew the career-defining single Life Is A Highway, and also a 1992 concert performance from Chicago which features key tracks from the album alongside Red Rider classics.

Mad Mad World accelerated the Canadian singer-songwriter’s already upward trajectory into the stratosphere. Cochrane celebrated this milestone anniversary on October 28 in Calgary, where an exhibition of his musical work was unveiled at the National Music Centre ahead of its opening to the general public today. The never-at-rest artist also announced a cross-Canada tour through February and March of next year, with 21 dates on the calendar and more to be announced in the coming days. On stage with his reunited Red Rider bandmates Kenny Greer and Jeff Jones, Cochrane will perform Mad Mad World in its entirety with additional fan favourites in the set. Joining the tour will be Meghan Patrick on all dates. See website for complete details and information on VIP packages.