John Power and Ted Boomer are a couple of Windsor area guys who know how to get a thing or two done. John has worked for years as a sound and lighting engineer and as a tour and production manager for some well-known bands. Ted Boomer is well known in these parts as the fellow behind the original Bluesfest and California’s Musical Roadhouse. When these two guys get together, there are a lot of stories told and often the sparks of creativity happen. Recently over a few drinks at The International Tavern on Drouillard Road, a few ideas were hatched and the result is the inaugural Rock ‘N Roll For Hunger fundraiser taking place at four separate locations on December 9th and 10th.

I asked Ted Boomer where the idea for this event started.

I’ve known John for years and years, back in the day when he was doing Pine Knob with Loverboy and all the big acts, he’d bring them over to Windsor to our club at California’s and we’d schmooze and have fun with the guys, and years later when John moved to Windsor we hooked up again.

So, we sat down and worked the phones, talked to some clubs we know and got our buddies from the music business to come in and help. It’s our first year and we hope we can do this year after year and build it up to something really substantial.

We have the International Tavern on Drouillard, and Drouillard has no music. I’ve always had this theory that a town without music is a dead town. The IT has new owners and they’re excited that we’re bringing music there as well as doing good for the community.

Sally Stricko who worked at The International Tavern for 30 years bought the bar in May and has been working with her partner Corey to bring the bar back to its former glory as well as bring in live music.

“I’ve always helped people in need and when John and Corey came up with the idea to do a fundraiser at the bar, I thought, this is a great way to give back to the community.”

The International will be hosting the Saturday event and entertainment will include 519 Band, All Star Country, Rick Rock, Dusty D’Annunzio & Rochelle Day, The Blue Collar Lounge Band and headlining the evening are Jones-Finn. Jones-Finn are a duo comprised of Jeff Jones of Tom Cochrane and Burton Cummings Band and Gerry Finn of Killer Dwarfs. I asked Jeff Jones about his involvement in this event.

John Power invited us to participate in raising money and food donations for the food bank in the Windsor/Essex area. We came to understand that there’s not much on the shelf and that’s a problem and people need to be aware, and people need to do what they can because there are those of us who are eating well and living well, and we just can’t forget because it’s going well for us.

Of course, I can buy a few bags of groceries and drop them at the food bank or at the checkout at the grocery store, but I think the need is greater than that so I’m willing to do whatever it takes to ensure that more people get involved. If we all do a little bit, we can get something.

Rob Balint of 519 Band has been involved with supporting the Windsor/Essex community for years and is also passionate about bringing music to Drouillard Road and supporting the revitalization of Ford City and local businesses like The International Tavern.

This fundraiser really is an important thing and it’s twofold for me because not only are we helping the food bank, but this is also giving a bit of a kick for Drouillard and Ford City. I really like that idea of having The International now being The Blue Collar Lounge. I think it’s something that might catch on and if you’ve driven down Drouillard recently you’ll see there’s a revitalization. It’s slow and it’s steady but it’s coming and I’m very happy for that.

As for the food banks, I heard a story on CKLW today that they’re depleted. They need more than just boxes of mac ‘n cheese, they need lots of things and there are more and more people in need and it needs to be brought to our awareness. We’re not trying to change the world; we’re just trying to help one family at a time by having food for them.

There are four venues hosting the fundraiser this first year. Besides The International on Saturday the 10th, River’s Edge at 494 Riverdale will have Blue Religion along with special guests John Law and Mike Tiessen. Shooter’s Roadhouse in Amherstburg will have The Formula from 9pm until 1am, also on the 10th. Friday the 9th, The Blues Side will kick everything off at the Lions Head Tavern, 7880 Wyandotte E., at 7pm.

Ted Boomer: We’re also going to be at Johnny Janisse’s place, The River’s Edge in Riverside. It’s the old Menard’s Tavern and it’s a beautiful club and I’ve worked with Johnny on different things over the years. On Friday, Robbie and the team over at Lion’s Head are going to be doing another show.

The first year we wanted to keep it simple and not have too many clubs involved. It’s all about having the right team and it goes so much smoother. Hopefully next year we’ll add a couple more clubs and have more time. We kind of just tossed this together in the last month or so and I live in Northern Michigan so it’s tough for me to get down, but next year will be simpler because I’m retired now and probably be back home in Windsor by this time next year. We have Mike Tiessen and John Law from Leamington; they were a neat duo. We have Rick Rock, he does the Queen tribute all over North America. The 519 Band is one of the hottest bands in town. We’re adding bands and musicians as we go, it’s going to be a lot of fun. We’re going to start at 5:00 and go until the fire marshal shuts us down.

The UHC-Hub of Opportunities (formerly known as the Unemployed Help Centre of Windsor Inc.) has been in existence since 1977 offering 26 programs and services to support the most vulnerable people living in our community. These include, employment services, settlement services, education/training programs, and human basic needs services such as our food bank program which is the highest in demand.

The UHC is the hub for the Windsor Essex Food Bank Association (WEFBA) representing 15 food banks across Windsor and Essex County.  Collectively, they served 149,873 from Jan. 1st to Oct. 31st and they served 129,140 during the same period last year.   That is a 16% increase.   Inflation, shortage of supply, world disruptions, all contribute to the rising cost of food, housing, and other necessities.  This is causing people to turn to food banks for assistance and the need for this support has become ongoing.  The reality is food banks are no longer an emergency food source for those in a short-term crisis, but rather a necessity for low-income families and people on fixed incomes who can no longer afford to feed themselves or their families.

According to Windsor’s Health Unit Annual Real Cost of Eating Well Report for 2022, the average cost of healthy eating for a family of four in Windsor-Essex is $241.66 per week and CMHC reported the average cost of a 2 bedroom is $1,535.  Together, this is over $2,500 per month and that’s before utilities, Internet, clothing, transportation, and other necessities. For those living in poverty, such as the 1 in 3 children who reside in the west end of Windsor, eating healthy without relying on this support or others such as family is an impossibility. 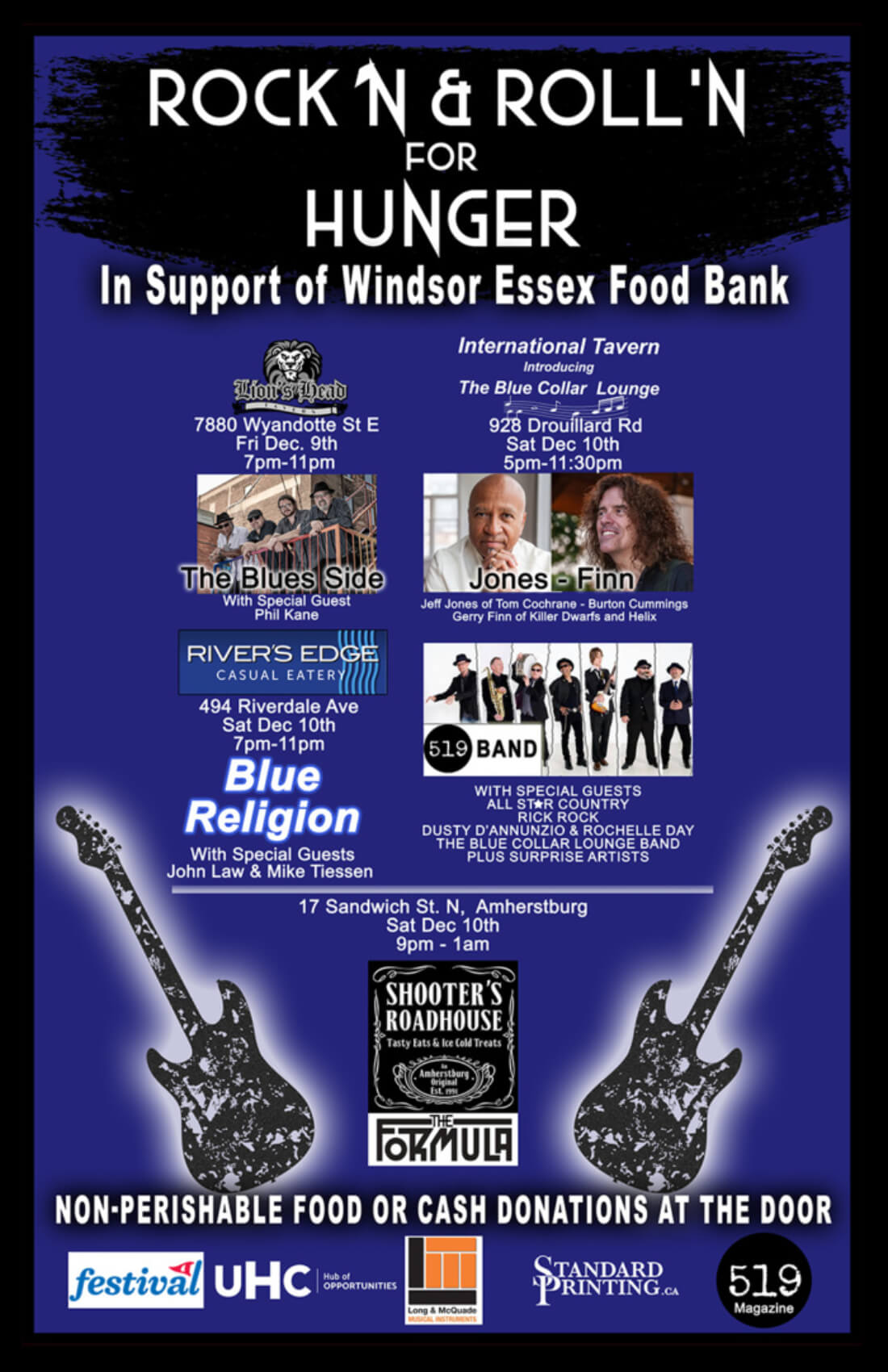