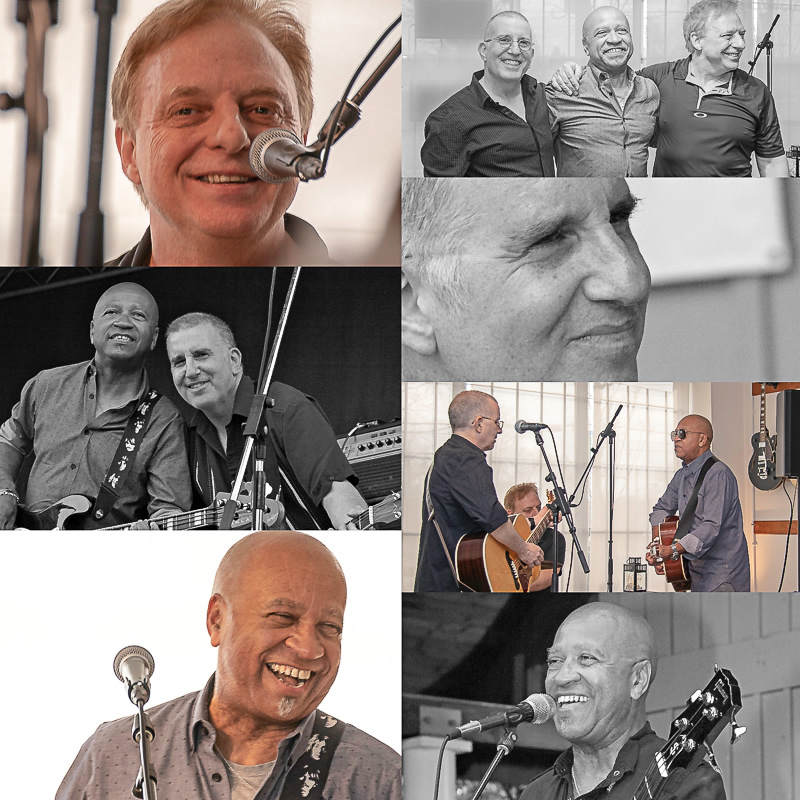 I was thrilled when the Jeff Jones Trio agreed to perform as part of my series, Tuesday Nights at Cherry Cola’s. Jones and fellow Carpet Frog bandmates Sean Fitzsimons (drums/percussion/vocals) and Micheal Zweig (guitar/vocals) have formed The Jeff Jones Trio or JJ3 performing originals and classic rock songs. These three meld together like butter on hot toast. Seasoned performers, skilled musicians and close friends, their enjoyment and camaraderie make them a pleasure to watch and listen to. When they’re not touring, the trio have performed at Club Bass and Guitars as well as a number of private functions. They will be squeezing in one more performance this summer at Cherry Cola’s (in between tour dates) before taking up residency beginning in the fall.

Jones is a man with a long history in the music business. After his family relocated from Chicago to Canada it took a mere three years before the young bass player (he was only sixteen) was performing with Ocean. After his moment as the original bassist in Rush his next adventure was with rock group Red Rider followed by Infidels with Molly Johnson and Norman Orenstein. He currently tours with Burton Cummings, The Carpet Frogs and Tom Cochrane all of which makes the local appearance of the Trio that much more delightful. During his 50 year career in music Jones has performed with Lawrence Gowan, Burton Cummings, Randy Bachman, Tom Cochrane with Red Rider and Ronnie Hawkins. He continues to write and record, releasing two CDs and working on a third. His latest single, a collaboration with Roar, Naked in the Church, was released in 2018.

Special Thanks
Back to Articles
Go to Top
X