Rush Before Geddy Lee: Meet The Bass Player Who Stepped Aside 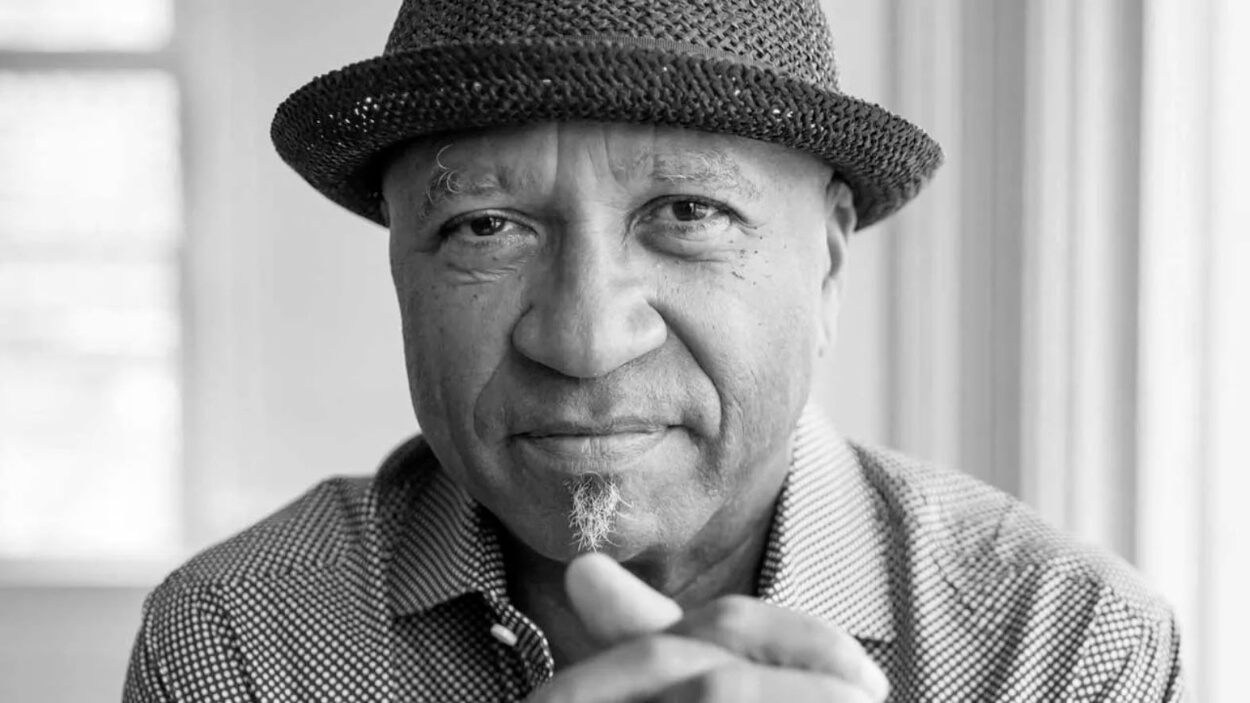 “As far as I remember, I was always there” – original Rush bassist Jeff Jones puts the story straight

Every saga has an entry point, and Rush are no exception.

Before Geddy Lee was even a glimmer in Alex Lifeson’s eye, Rush featured a bassist by the name of Jeff Jones, one of their founding members. From the start, Jones was a different breed, namely because he was the only member of the band who wasn’t a natural-born Canadian.

“My father was a jazz musician,” Jones says. “So, music was always around me from a young age. I took up the flute first and then piano. The bass came later. I remember that Oscar Peterson used to come to our house for dinner on Sundays when we lived in Chicago. And we ended up in Toronto because my pop was working with Oscar a lot, and Oscar was in Toronto at the time.

“So, my pop was always crossing the border for work. My dad got tired of driving his gull-wing Mercedes 100 miles per hour for five hours back and forth, so my parents talked about it; we left Chicago, and off to Toronto we went.”

Once on Canadian soil, music was integral for the lonely Jones early on. But not long after arriving in Toronto aged 13, he met aspiring guitarist Alex Lifeson. For two years, the duo soaked up the sounds of the Toronto music scene. But Jones hadn’t chosen his instrument, and Lifeson was far from the virtuoso he would become.

“It’s funny because the bass wasn’t on my radar initially,” Jones explains. “Of course, my father knew plenty of people who played bass, and they were around, so I was aware of it. But aside from the flute and the piano, there wasn’t anything else. But then I remember being given a baritone ukulele for Christmas in 1967, and that, believe it or not, spurred on my eventual love for the bass.

“I started listening to songs on the radio and copying them with the baritone ukulele; I’d pick out the bass parts and copy them. So, it was a natural progression for me to pick up the bass from there. And once I did, I took to it almost immediately.”

Lifeson and Jones got to talking, and that chatter led to jamming. But with no clear direction and no drummer, Lifeson would play rover, moving through several garage bands in search of a distinctive sound.

“I think the first time we played together as more than just messing around together was in Alex’s living room,” Jones says. “Now, Alex had been in a few local bands before, so he was no stranger to jamming. So, we had a couple of local guys there, and one of them had a tambourine. So, Alex told them he could play a little guitar and that I could play a little bass. Well, the guy with the tambourine turned out to be John Rutsey – who Alex knew from another band – and that’s how the three of us came together for the first time.”

“I remember that we played [The Beatles’] You’ve Got to Hide Your Love Away that day,” Jones recalled. “And after that, we kept in touch. I’m not sure who asked John to join – probably Alex – and I can’t remember who named the band Rush – I think it was John, or maybe his brother – but I can say that it wasn’t formal or official. We needed a quick name before our first gig, we went with it, and it stuck. We were so young, and that meant everything was fly by the seat of our pants and fluid.”

From that initial jam session, things escalated quickly for Lifeson, Rutsey, and Jones after the trio christened themselves “Rush” in early January of 1968. Playing anywhere that would have them, Rush mostly covered blues standards, and psych-rock, a far cry from the prog-rock ecstasy to come.

“We got right into it and became fast friends,” says Jones. “John rounded out the lineup and allowed us to play as a band. We played a lot of Cream and old blues cuts. For a high school band – which is what we thought of ourselves – playing White Room seemed crazy, but there we were playing it at high school parties on the weekend. [Laughs].”

“We were a stark contrast to the other main band in our high school, which was this R&B type band,” Jones continues. “But we crushed those guys; we felt like being a trio like Cream was the way to go about it. But the funniest thing that I remember is us getting kicked out of a battle of the band’s competition called the Canadian National Exhibition. We got kicked out because we broke the only rule: we played past the allowed volume, so we were the early version of Spinal Tap, turning it to 11. [Laughs]. But I will tell you this, if we didn’t get kicked out, we would have won that competition.”

Doused in primitive feedback, this early version of Rush looked nothing like an eventual super titan of rock. And had Jones hung around, things might have continued that way. But by the summer of 1968, Jones was reportedly having trouble making practices and gigs. What’s more, right under Lifeson’s nose, was a kid from Ontario named Geddy Lee.

“It’s really funny when I see stories about Alex and me not getting along,” scoffs Jones. “We never had an issue. But you have to remember; we were kids, man. We played parties and practiced every Saturday in Alex’s mom’s basement. She was like the original band mom; she was fantastic. But things between Alex and me were always cool. And I know the story that goes something like I didn’t show up to a [battle of the bands] gig because I wanted to go to a party, and Alex kicked me out of Rush. I’m sure everyone has heard it, and it’s pretty much the way I’m remembered within Rush’s history. But it’s not true.”

“The truth is we played the battle of the bands, and I was there,” Jones continues. “We played a few shows at the Community Center, a bunch of basement shows, and we played local coffee shops. As far as I remember, I was always there. So, the part that history always gets wrong – and this is important – is that we were kids. So, what happened was it got to a point where I had to take a long bus ride to get to Alex’s house; it was taking me hours round trip.

“So, I just told Alex, ‘Hey, this guy Geddy that you’ve been hanging around with plays bass. He lives right around the corner. Why don’t you ask him to join?’ And I guess Alex took that as me leaving, and that was it. Next thing I knew, Geddy was in Rush. There was never any formal conversation beyond that; we just drifted apart.”

More than half a century after Jones vacated his position as Rush’s bassist, history tells a story that includes Geddy Lee up front until the end for Rush. And while it’s hard not to wonder what Rush might have sounded like had Jones stayed on, he doesn’t seem to care for second-guessing his choice.

“I don’t think about it too much,” Jones explains. “We were so young. We didn’t even have a record deal. We never made an album or even got to record anything. And had I stayed on, we would have sounded nothing like Rush did with Geddy. And that’s not a bad thing; it’s just a fact. I couldn’t hit those notes. [Laughs.] With me, in many ways, Rush wouldn’t have been Rush.

“But the funny thing is, our trajectories were so odd. As soon as I left Rush, I joined Ocean at 17 years old, toured the world, and then had a big hit with Put Your Hand in the Hand. But I learned early on how badly record companies can screw you. And I had to come back to earth, and by 21, I felt washed up. But eventually, I joined Red Rider, and things were going well for me again.” 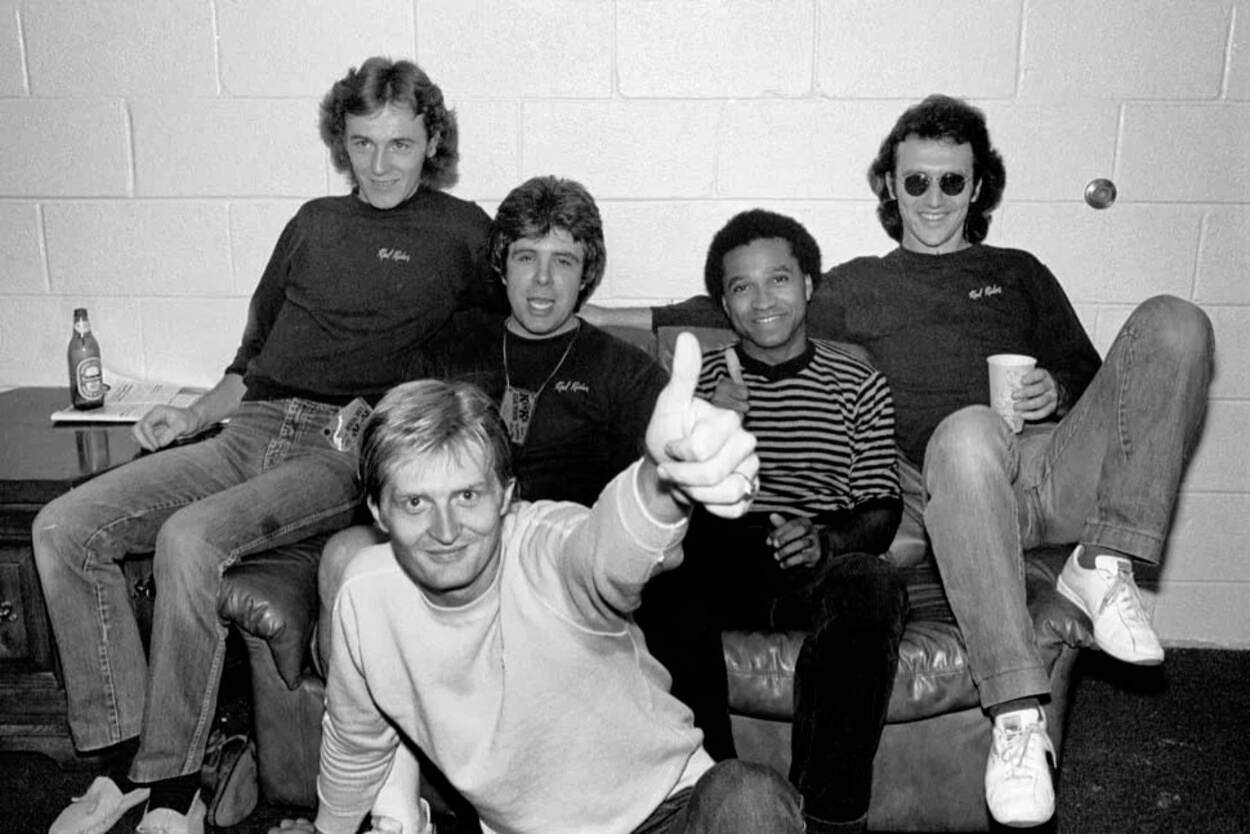 “People ask me if Alex and I stayed friends, and no, we didn’t,” Jones admits. “There was no animosity; I just left town. I was off touring and playing shows while they were still playing high schools, and we lost touch. Honestly, I didn’t see Alex again until sometime around 1983, after I was coming down with Red Rider, and Rush was now huge. Neil Peart had asked us to open for them because they were playing a run of shows in Toronto, Quebec, and Buffalo, and Neil thought it would be cool to have us there.

“So, during that span of about 12 shows, I finally got to see Alex again and get to know him again. And more interestingly, I finally got to know Geddy and Neil. Because Rush was a different band than it was 15 years before when we were kids, it was this full-circle moment, and there was no animosity. There never was, and there still isn’t.”

After those dates with Rush in 1983, Jones and Lifeson went their separate ways. Jones would leave Red Rider in the mid-80s – their 1981 hit Lunatic Fringe remains a radio staple – and eventually formed Infidels and the Carpet Frogs. More recently, he’s toured and recorded with former Red Rider alumni Tom Cochrane, and anchors his own Jeff Jones trio.

Fate always seems to loom large in the music business, and it sure as hell dealt Rush a winning hand when it dropped Geddy Lee in Alex Lifeson’s. Jeff Jones, meanwhile, remains a classic case of what might have been, had he kept making those long bus rides across town to Alex Lifeson’s mother’s house.